Customer Reviews
The arcade is awesome and my son loves it! I do really love the arcade and would love to add some more games. Thanks again.

The quality is unbelievable and the cabinet truly is awesome when everything is installed It is an absolute joy to use this thing. I love it so much.

THANKS THE SYSTEM LOOKS GREAT AND WAS EASY TO PUT TOGETHER.

EPARK is of Outstanding communication, follow-up and professionalism. I definitely recommend. A kiddie ride - or kids' ride - is a coin-operated amusement ride for young children.

Less commonly, they may also appear in other venues such as restaurants, food courts, grocery shops and auto dealerships. When activated by a coin, a kiddie ride entertains the rider with motion, depending on the ride type (miniature Ferris wheel, miniature carousel, track ride or stationary platform ride).

Most rides include sounds and music, and some feature flashing lights, pedals, and buttons. Commercial kiddie rides often use simple but colorful equipment, with the driving mechanism usually hidden under vacuum formed plastic covers.

The kiddie ride was first invented in 1930 by James Otto Hahs of Sikeston, Missouri. Originally called the Hahs Gaited Mechanical Horse, the ride was originally conceived as a Christmas present for his children. However, Hahs soon realized that he has a potential money-maker in his hands and set about commercializing the toy. Initially, he used wooden horses not unlike those found on carousels, and commissioned carousel makers to make the horses. However, he soon found these horses to be heavy, and decided that aluminum would be a better material to sculpt his horses out of. When told it can't be done, however, Hahs went ahead and invented a process to form horses out of aluminum. These rides would be manufactured at Hahs Machine Works in Sikeston, Missouri and went on to win several awards, including most original invention of the year 1932. In 1933, Hahs struck a deal with Exhibit Supply Company to distribute his horses, with a 5% cut going to Hahs. When the patent on the ride eventually ran out, Hahs had retired as a wealthy inventor. In 1953, Billboard magazine called it "1953's fastest growing business".Eventually, the rides changed from aluminum to fiberglass.

Newer, more advanced rides do not usually start as soon as coins are inserted; instead they prompt the rider, parent or guardian to press a start button, so as to allow the rider to seat him/herself comfortably before starting the ride.such as the following EPARK Kids swing car. 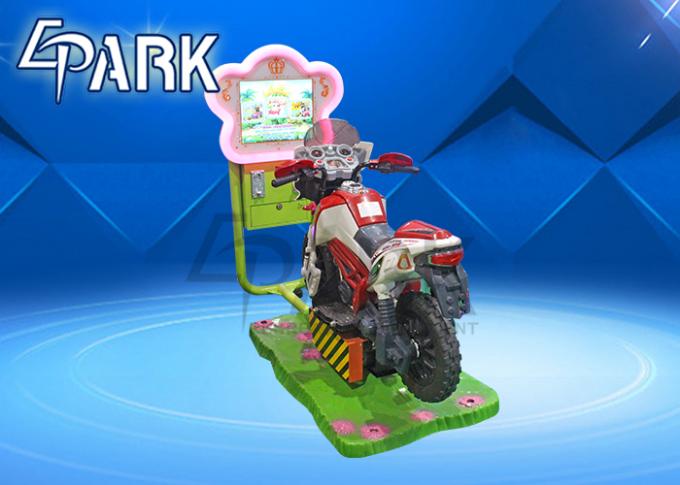 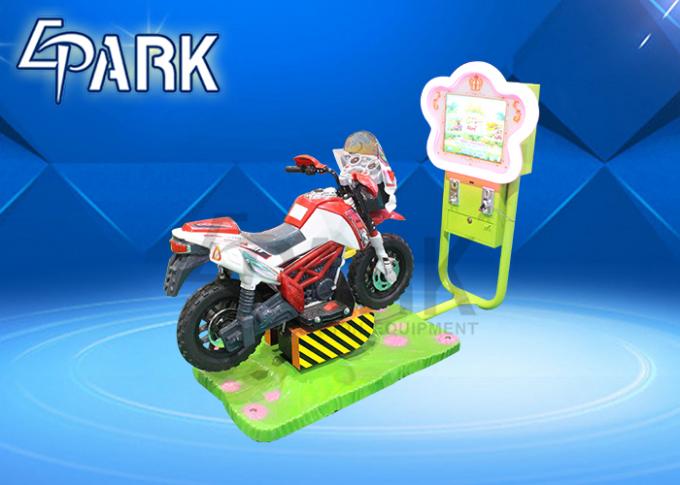 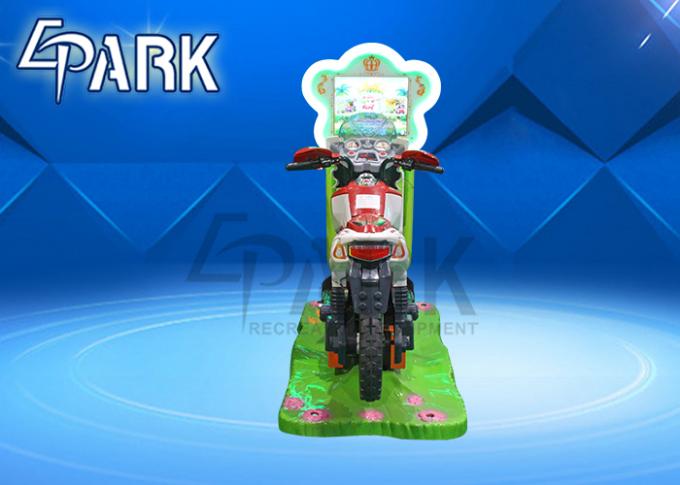 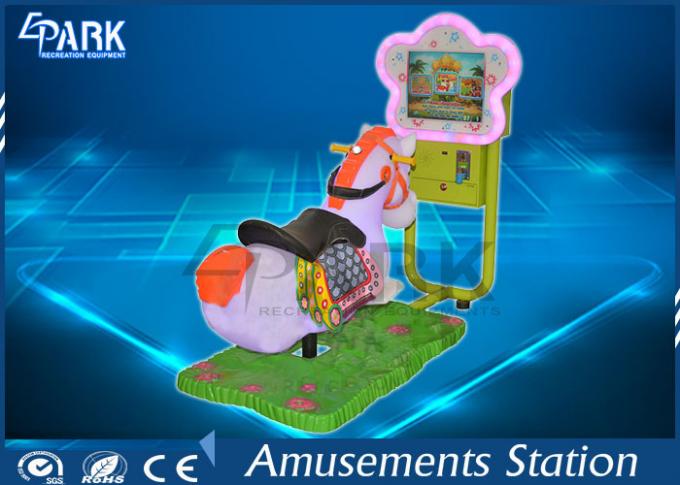 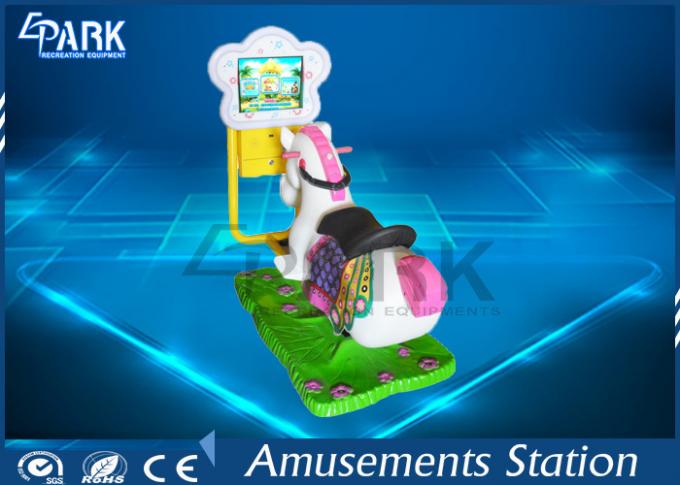 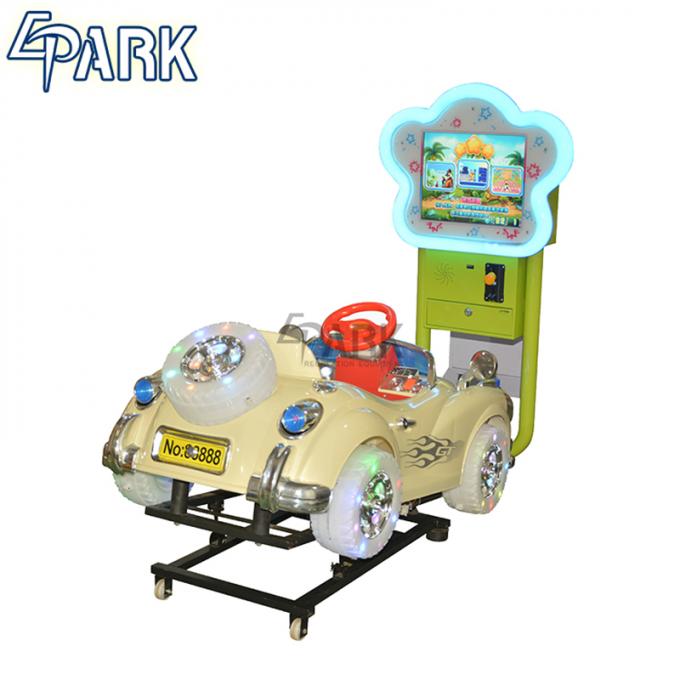 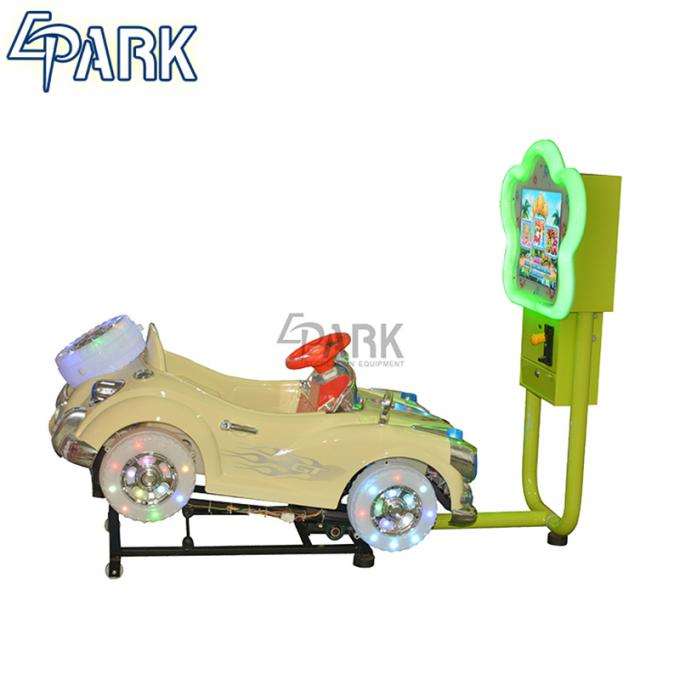 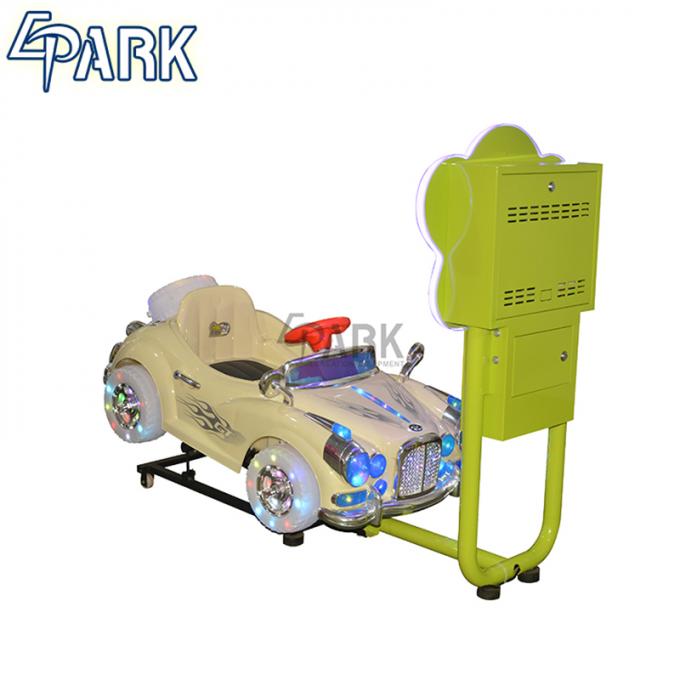